Jiminnimachine 4 MINI of the Month 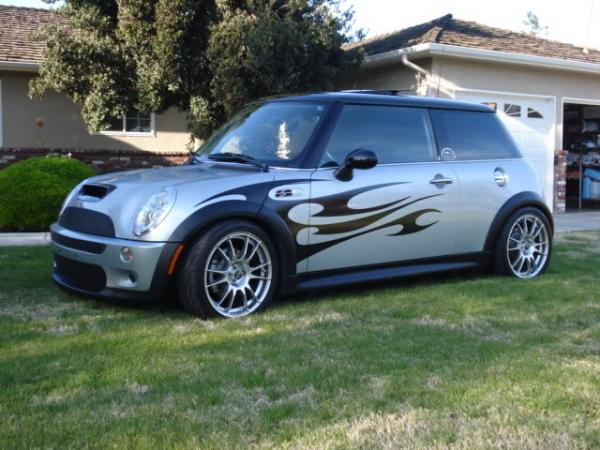 We have another member up for the MINI of the Month on Motoring Alliance. Let’s get one of our own elected. Vote for Jiminnimachine for “MINI of the Month”.  Help Jim and his MINI add to their badge collection and become eligible for great prizes.  Be sure to check out Jim’s Garage. 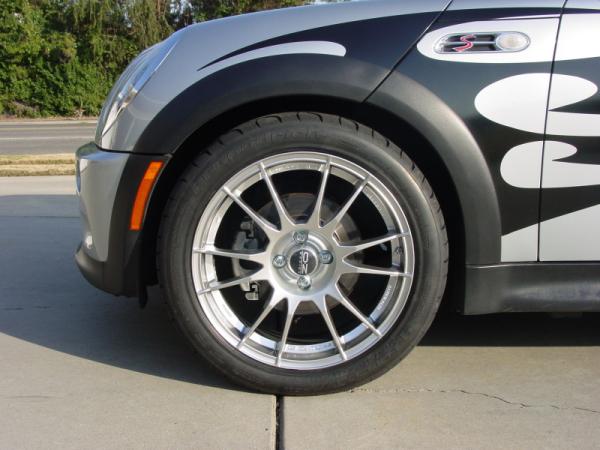 If you are a member of Motoring Alliance, you can enter your MINI for future months and if you are not a member, what are you waiting for?

JIMINNIMACHINE 4 MINI OF THE MONTH! 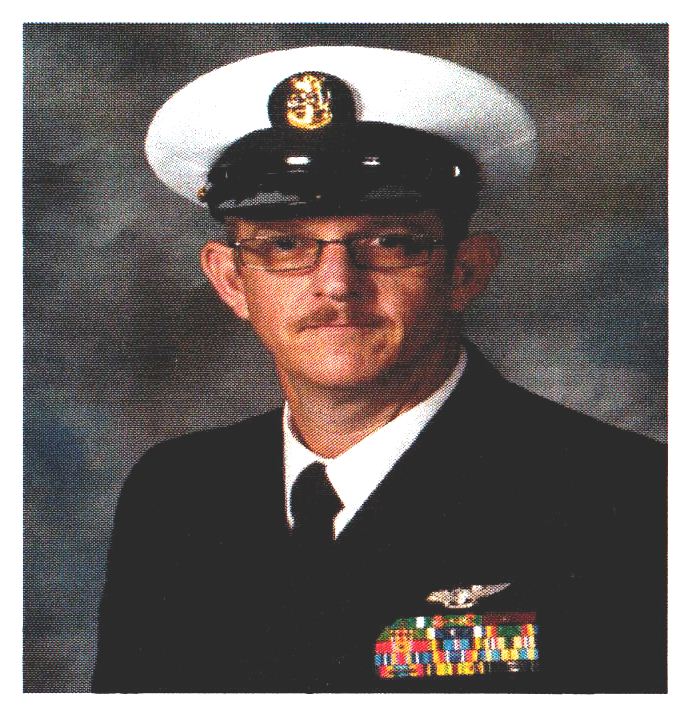 On June 1, 2012, the MidCal MINIs group had the honor and privilege of sharing with Master Chief John Dunlap (Tron Chief) and his family, the celebration of his 30 years of service in the United States Navy and his retirement.  In front of family, friends and his crew, Master Chief received his last piping to shore. 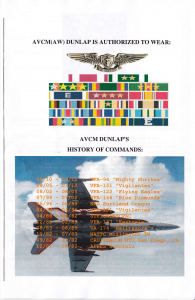 Ashore, his tours included VA-174 “Hellrazors” as a Line Division Plane Captain detaching onboard the USS Lexington (CVANT-16) and USS America (CV-66); Strike Fighter Weapons School Pacific as an A-7 and F/A-18 Special and Conventional Weapons instructor and inspector; NRD Portland Oregon as the Recruiter in Charge for the Naval Recruiting Station Albany, Oregon; and VFA-122 “Flying Eagle’s” as the AV/ARM Branch Chief and the Maintenance Control Senior Chief.

Master Chief Dunlap, throughout his career has been supported by his wife of 27 years Suzie and his three daughters, Michelle, Kathleen and Samantha (who

just celebrated her High School Graduation).  John also celebrated in May, the achievement of obtaining his MBA from Trident University in Conflict Negotiating Management.

At the conclusion of the Ceremony  Master Chief and his family were saluted with a reading of the Watch and being “piped off the ship”, one last time.

For thirty years, This sailor has stood the watch

While some of us were in our bunks at night, this sailor stood the watch

While some of us were in school learning our trade, this shipmate stood the watch

Yes…even before some of us were born into this world, this shipmate stood the watch

In those years when the storm clouds of war were seen brewing on the horizon of history, this shipmate stood the watch

Many times he would cast an eye ashore and see his family standing there, needing his guidance and help, needing that hand to hold during those hard times, but he still stood the watch 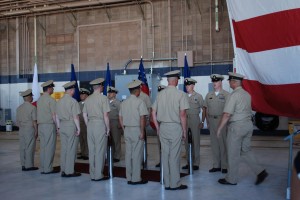 that a sailor stood the watch

Today we are here to say: “Shipmate…the watch stands relieved. Relieved by those YOU have trained, guided, and lead.  Master Chief Dunlap, you stand relieved…we have the watch!”

Congratulations Master Chief and family as you embark upon this new stage in your lives.  Thank you for allowing your MidCal Family to be a part of this truly remarkable and special event. 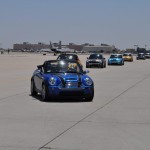 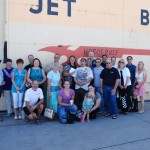 See more of John photos by clicking here and here.

PDQMINI – Robert and Diane in London 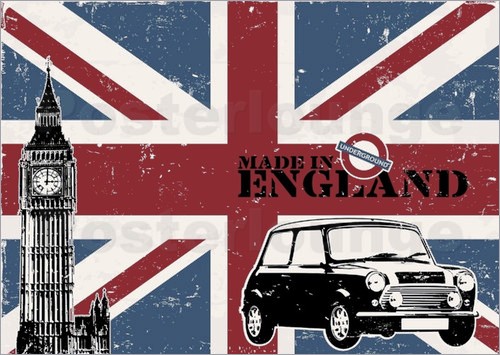 The “Adventure” has begun for Robert and Diane as they headed to London this week to catch up with family and friends  and to make the pilgrimage to the MINI birthplace.  Follow along as Robert and Diane send back pictures of their “Most Excellent Adventure” to the Motherland.

London is the capital city of England and the United Kingdom, the largest metropolitan area of the country and among the most populated in Europe.  Located on the River Thames, London has been a major settlement for two millennia, its history going back to its founding by the Romans, who called it Londinium.

London’s ancient core, the City of London, largely retains its square-mile medieval boundaries. Since at least the 19th century, the name London has also referred to the metropolis developed around this core.  The bulk of this conurbation forms the London region and the Greater London administrative area, governed by the elected Mayor of London and the London Assembly.

Enough with the history lesson; keep sending us those pictures! 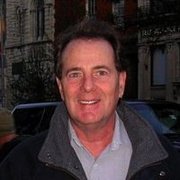 Have you ever thought about what it took to make your MINI come to life?  How many parts go into your car; how many workers it took to personalize it just for you?  What did your MINI see before the two of you saw each other?  Have you ever wanted to visit the birthplace of your car or even pick up your new baby from the MINI birthing center?  Well one of our very own is going to the birthplace of the MINI!  PDQMINI is off to England in late March to visit the Triangle!  Rob will be posting to his Facebook account and allowing all of us to live vicariously through his adventure, so watch this site for links to QDQMINI’s Excellent Adventure to the Homeland.  To set the stage, just a bit of introductory information is presented as follows:

on R56 MINI Cooper is produced in what is called the MINI production triangle. There are now three plants involved in the production of the new MINI and they are located in what appears to be three points of a triangle on a map. The top of the triangle is the Hams Hall plant, with the right leg of the triangle being the Oxford plant and the left leg being the Swindon plant.
The Ham’s Hall plant builds the engines; Plant Swindon is where the body pressing and sub-assembly manufacturing is done. and Plant Oxford is the body shell, paint shop and final assembly plant.  Body pressings at Ham’s Hall  grew from the bonnets, doors, side panels and rear panels, to now include all the body shell sub-assembly work, of which after completion is delivered to Plant Oxford where final assembly is done. The Swindon plant makes 280 of the 350 different pressed parts for the R56 MINI Cooper. 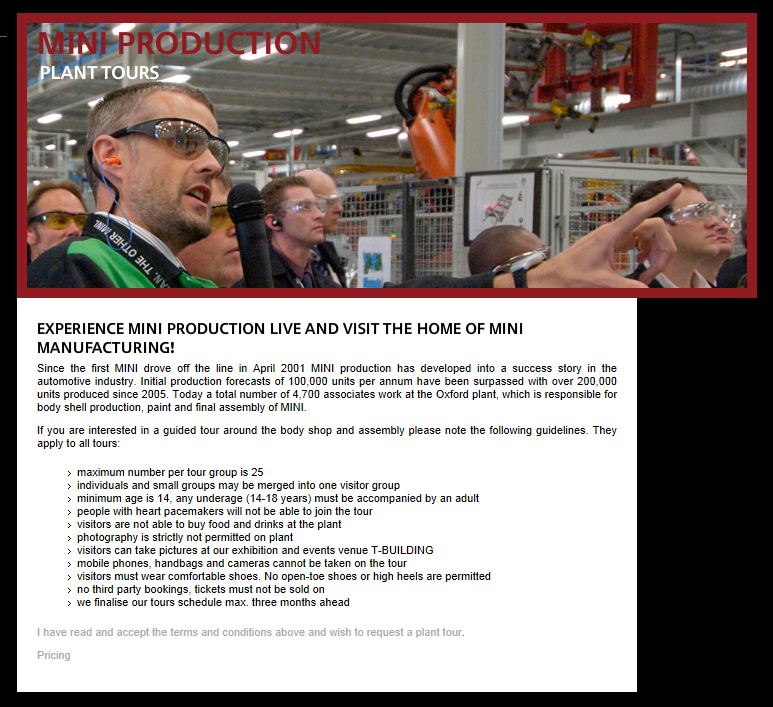 Plant Oxford, where the MINI Cooper is actually put together and tested, consists of a mixture of robotics and hand assembly. The plant works in 3 shifts, 20 hours a day, which means there are 2 hour breaks in between shifts. Shift times can be adjusted within 25% ranges of each other.
The final assembly plant is capable of producing MINI Coopers in an extremely vast amount of configurations – the possible variations are said to be in the thousands of trillions!  For start 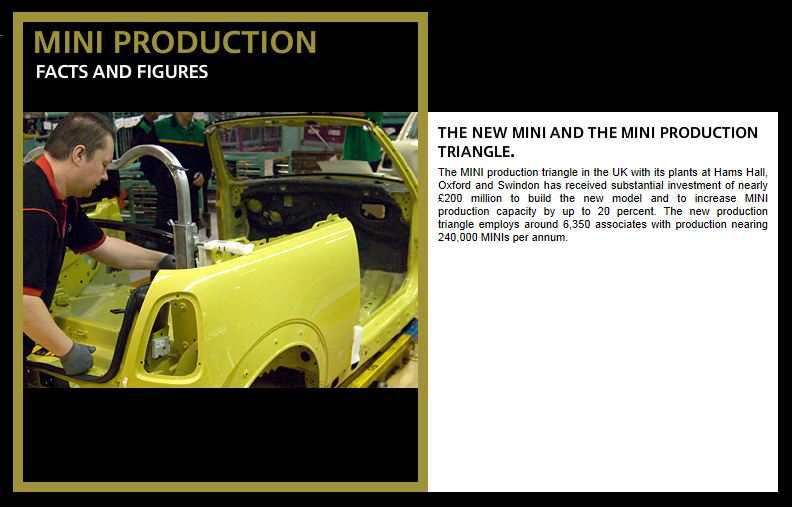 ers, there are the 4 body types pf the Cooper, which are left hand drive with sunroof, left hand drive without sunroof, right hand drive with sunroof, and right hand drive without sunroof. Then you also have two engine options. Multiply all of that with all the other customisation features – 372 for interior and 319 for exterior – and the number gets very high.  MINIs are built to order, and once you’ve ordered your MINI, you can actually still change your configuration within 7 days of the day the car is expected to roll off the production line.
In 2006, the MINI Production Triangle employed 6,350 people, which was expected to increase to nearly 6,800 people when production was hiked to 240,000 cars

a year from 200,000 cars a year in 2006.  Hams Hall employed about 1000 people, about 4,700 were employed in Oxford and 1,100 in Swindon. The location of suppliers is also crucial, several suppliers have actually moved operations to within an hour of the plants they are supplying to, as MINI production is very time crucial – orders always exceed production capacity.   (From an article written in 2006) 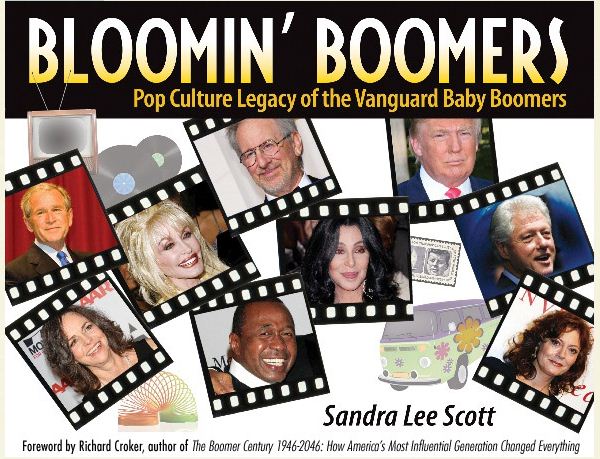 “Bloomin’ Boomers is insightful, thoroughly researched, entertaining, and inspirational.”  “Bloomin’ Boomers comes at a time when we are wont to look back a bit at the landscape of our journey.”

These are just a few of the reviews of a new book written by our very own Sandra Lee Scott (known to the MidCal group as Sandee Archer, Ken’s better half).  Sandee has highlighted the lives of 191 leading-edge Baby Boomers* “Bloomers” and their profound impact on popular culture as well as the planet.  The book covers their insights on life, success, aging, mortality, and creating legacies. 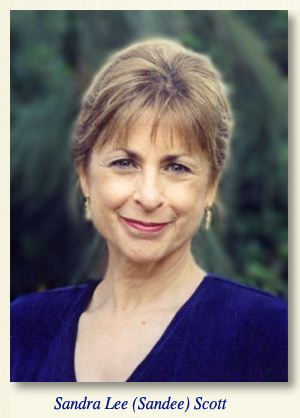 review of 1940 – 2010, which is sure to evoke nostalgia while providing the world context in which the Bloomin’ Boomers bloomed.

Sandra is the child of two World War II veterans and grew up in the San Francisco Bay Area.  She graduated from UCLA and holds a masters degree in Counseling from CSULA.  Helping people who are emotionally hurting has been the focus of her life’s work,  Her first book, Reflections of Evil, a novel, called upon her knowledge and experience working with child sexual abuse victims.  Her next creative venture was the inspirational video Healing Images: A Journey Through the Seasons.

Sandee lives with her husband Ken in the Sierra Foothills of California not far from Yosemite where she offers workshops such as “Finding Inner Peace After Loss” and “The Write Retreat.”  She enjoys nature, music, rafting, hiking, photography and spending time with family and friends.  And of course hanging with the MidCal group.

*A Baby Boomer has been defined as a person who was born during the demographic Post-World War II baby boom between the years 1946 and 1959 and by the U.S. Census Bureau as the years 1945 through 1964.  Seventy-six million American children were born between 1945 and 1964, representing a cohort that is significant on account of its size alone.  As a group, they were the healthiest and wealthiest generation to that time, and amongst the first to grow up genuinely expecting the world to improve with time.
Filed Under: Announcements, Featured Member

No H/K; Dice; XM Satellite; 6-C/D Changer, with a little Sammy inside; My Beautiful Wife, and of course… The Gas Pedal.

Are you passionate about your MINI?  Just can't get enough of it and hate to leave it in the garage … END_OF_DOCUMENT_TOKEN_TO_BE_REPLACED