You are here: Home / MINIisms / Porter Drives a MINI

In a world first, three 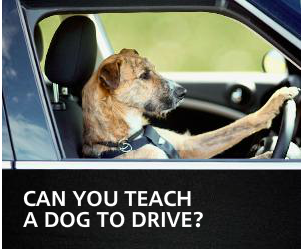 dogs have put some humans to shame, driving safely down a race track and negotiating hairpin turns.      The  trio of misfit mutts from the Auckland SPCA  successfully put their  paws in the 10 and two position and drove a Mini Countryman solo down a  race track in Auckland live on national television this evening.

The stunt, aired on Campbell Live, was part of a months-long campaign  to show that dogs don’t have to be pure bred to be intelligent and  encourage the adoption of dogs in SPCA care.  Monty, a giant  schnauzer cross, Ginny, a beardie whippet cross and Porter, a beardie  cross, have been featured in media across the world, even providing  inspiration for the Top 10 on the Late Show with David Letterman.  The dogs have also made headlines  with the BBC, the New York Daily News and New York Times, as well as the  Guardian and the Daily Mail, and science blogs from international  journals Live Science and the Smithsonian.

Monty was the first to  successfully complete the task, starting the car, putting it in gear  and then driving it 70 metres before bringing it to a stop.   Po

rter then drove a reporter around a 180 degree hairpin turn, although it wasn’t without a bit of drifting.  The  camera crew may have proven to be a little too much for Porter who  veered slightly off the track and required a small amount of assistance,  although trainer Mark Vette assured viewers he had “done it  beautifully” in the past.

Vette and his team have been training  the dogs for the past 12 weeks. Vette has trained animals on a number of  major movies including Lord of the Rings and The Last Samurai.  The  dogs were carefully selected and underwent five weeks of simulated  training to teach them to how to brake, shift gear and steer – being  plied doggy treats along the way.  After just seven weeks the dogs were ready for a real car. 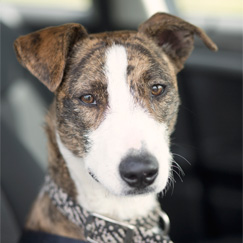 man said there had been “considerable interest” in adopting the dogs.  “There  have been many applications and the team are assessing those because  the point is not to just find them a home, but find them the right  home.”  She said there still 44 more other “smart dogs” who were all waiting for adoption as well.

Have you been waiting breathlessly to find our if Porter from the Society for the Prevention of Cruelty to Animals (SPCA) drove his MINI Cooper in New Zealand today?  So what you say to someone named Porter driving a MINI.  Not so fast; Porter just happens to be a dog.  The SPCA in Auckland decided to teach three shelter dogs how to drive to dispel the idea that abandoned pets are second-rate.

Dogs work as shepherds, lead the blind, and conduct search and rescue missions. And now it looks like they could be grabbing chauffeur jobs as well.  To prove t 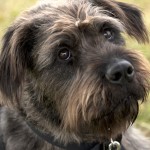 he value of the abandoned mutts it takes in, New Zealand’s SPCA taught three of them to drive a car. The site drivingdogs.co.nz redirects to a Facebook page showing the dogs behind the wheel, and explaining how they were trained. It also suggests adopting these smart companions.

The car, a Mini Cooper Countryman, has been modified for hand, or rather, paw, control. The brake and accelerator are up high, just off the steering wheel. The shifter and steering wheel have been padded to make it easier for the dogs to control the vehicle.  Videos on the Facebook page show how the SPCA modified the car and how it trained the dogs, first using a stationary rig.

Video of a dog named Porter, shot on a closed course, shows the dog successfully driving the car up the straight, around one corner, then bringing it to a stop. A trainer walks alongside the car, giving directions, and it is clear the dog is following the commands it has been taught. But it is impressive that Porter manages to distinguish directions for 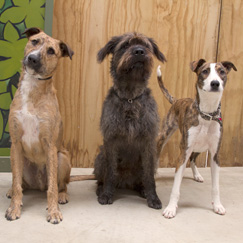 using the shifter, turning the wheel, and hitting the brake.

And as soon as Porter and his co-drivers develop an independent sense of the cause and effect of the car’s controls, the cats and postmen of New Zealand better keep on their toes.

Check out the videos, and consider adopting a dog, at drivingdogs.co.nz.

Are you passionate about your MINI?  Just can't get enough of it and hate to leave it in the garage … END_OF_DOCUMENT_TOKEN_TO_BE_REPLACED