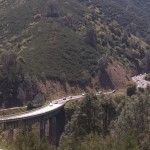 A fun run to the Gold Country of California is the annual Jamestown Run held by MidCal MINIs. This year’s run took place on April 17, 2011 a bit earlier than last year due to the horrible heat of 2010 that just about did the MidCal group in. While the cars ran great in the heat, the same cannot be said about the MINI Motorers! The trip as usual, started out from the Starbucks parking lot at Shaw and Highway 41 at 8:30 am with the first stop at Raley’s in Oakhurst to meet up with the mountain MINIs. Some years the group takes a scenic ride on the Jamestown Steam Engine but this year the vote was to visit the old mining community of Columbia.

A walk down Main Street in Historic Jamestown is a step back in time. You’ll see a mixture of buildings from different eras. Wooden buildings dating from the dwindling 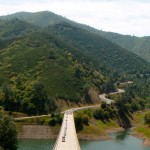 days of the Gold Rush to stone buildings with iron shutters from the same period which were designed to withstand the fires that were common at that time. A common sight is wooden buildings in the Victorian style from the turn of 20th century. A few blocks east of the historic downtown area is the State park Railtown. This park has preserved much of the Sierra Railway, built in 1897 to link the very isolated areas, at that time, to Oakdale and the rest of the rail network. The line carried lumber from sawmills in Tuolumne City and Standard to the outside world. It also carried quartz ore to processing plants in the Bay Area where the gold was then extracted. 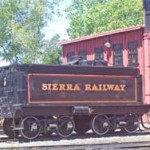 Columbia was only one of hundreds of settlements that sprang up during the exciting years when the cry of “Gold!” brought Argonauts from all over the world to seek their fortunes in California. Located in the heart of the Mother Lode, a mile wide network of gold bearing quartz mines extend 120 miles along the western edge of the Sierra 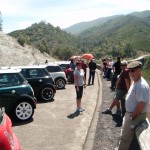 Unlike many of these settlements, which have long since succumbed to fire, vandalism, and the elements, Columbia has never been completely deserted. Through the years it has retained much the same appearance as when miners thronged its streets. Recognizing an opportunity to preserve a typical Gold Rush town as an example of one of the most colorful eras in American history, the State legislature in 1945 created Columbia State Historic Park. 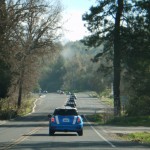 nearby communities, were used as on-site locations for the television series “Little House on the Prairie”. Movies such as Shadow Riders with Tom Selleck and Sam Elliot, and Pale Rider with Clint Eastwood also took advantage of the local flavor and homage to the past. High Noon a classic movie filmed in 1952, the Lone Ranger TV series and the Hop-Along Cassidy series (for those old enough to remember) were filmed here as well. Petticoat Junction an oldie but goodie TV series used the Sierra Railway train and water tank in their opening scene. Speaking of scenes, there is nothing like the view of a group of MINIs having fun on the open road.

Are you passionate about your MINI?  Just can't get enough of it and hate to leave it in the garage … END_OF_DOCUMENT_TOKEN_TO_BE_REPLACED